ExpressGlass Group, composed by ExpressGlass SA, DiverAxial SA and GlassCo SAcompanies is one of the main Portuguese players in the vehicle glass repair and replacement (VGRR) sector.

In the end of 2021, the Group was active through a network of 90 stores (44 owned and 46 partner stores) versus 82 stores at the time of acquisition (17 owned and 65 partner stores), allowing it to have national coverage (including Madeira and Azores islands), as well as being present in the wholesale market of its products, via DiverAxial, for its store network as well as to retail market, through two warehouses (Porto and Lisbon).

The investment strategy was focused in securing and reinforcing the Group’s privileged position in the sector, besides implementing operational improvements in order to maximize the Group’s efficiency. In 2021 ExpressGlass Group had a consolidated turnover of circa Eur 16 Mn and 190 employees (vs 106 in 2016).

On April 1st, 2022, was completed the sale of 100% of the shares of GlassCo, S.A., the company that held ExpressGlass and DiverAxial, to Cary Group AB, which was another step in the European expansion of the Cary Group and resulted in a successful exit of the fund managed by Inter-Risco from the ExpressGlass Group's capital.

Cary Group (www.carygroup.com/) is a Swedish-based company with over 70 years of experience and one of the European leaders in the vehicle glass replacement and repair market, and which has been listed on the Stockholm Nasdaq Stock Exchange since September 2021. With an annual turnover of over 200 million euros, it is present in the Nordic countries – Norway, Sweden, and Denmark, and in the United Kingdom, in Spain and in Germany, holding more than 900 stores and more than 400 mobile service units in the countries where it operates. 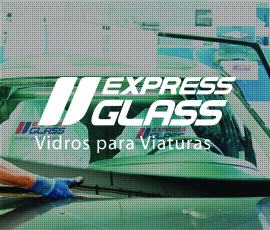